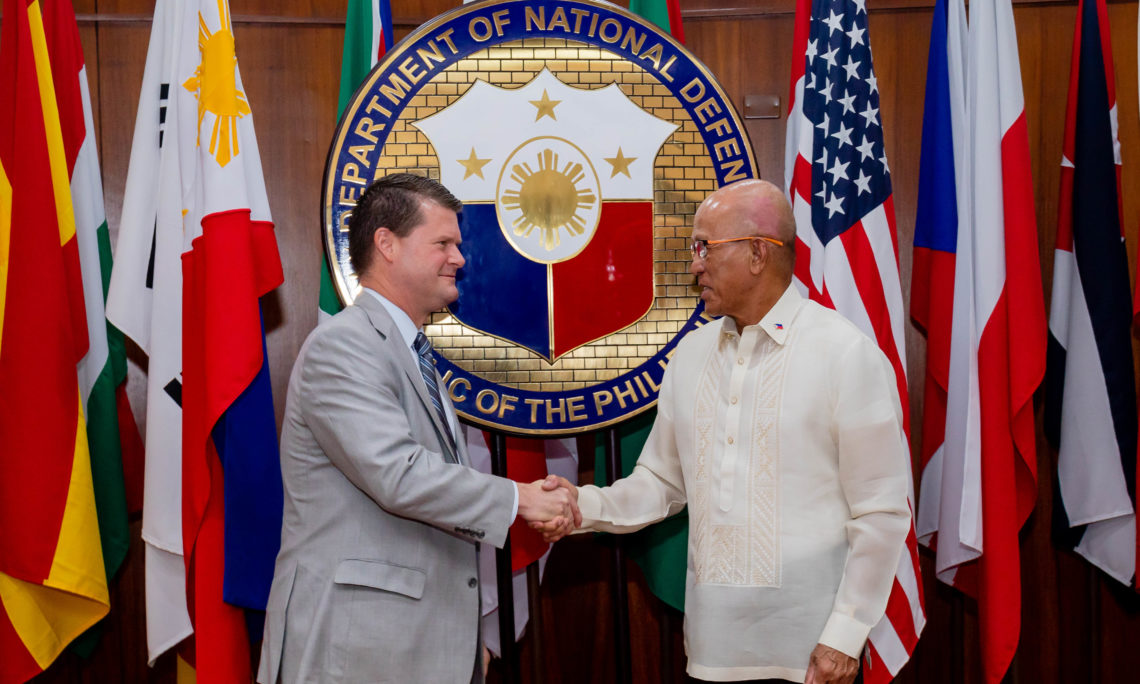 Manila, August 17, 2018 — Assistant Secretary of Defense for Asian and Pacific Security Affairs Randall G. Schriver visited the Philippines August 15 to 17 to reinforce the United States’ commitment to the Indo-Pacific region and to the Philippines, a close friend, partner, and ally.

“This was my first visit to the Philippines as Assistant Secretary of Defense, so this was a good opportunity for me to meet with the leadership here,” said Schriver.  “It’s an honor for us to be considered a friend, partner, and ally of the Philippines.”

During his meetings, Schriver discussed the value of multilateral military exercises like Balikatan and KAMANDAG and their contributions to the strength and interoperability of the U.S. and Philippine militaries.