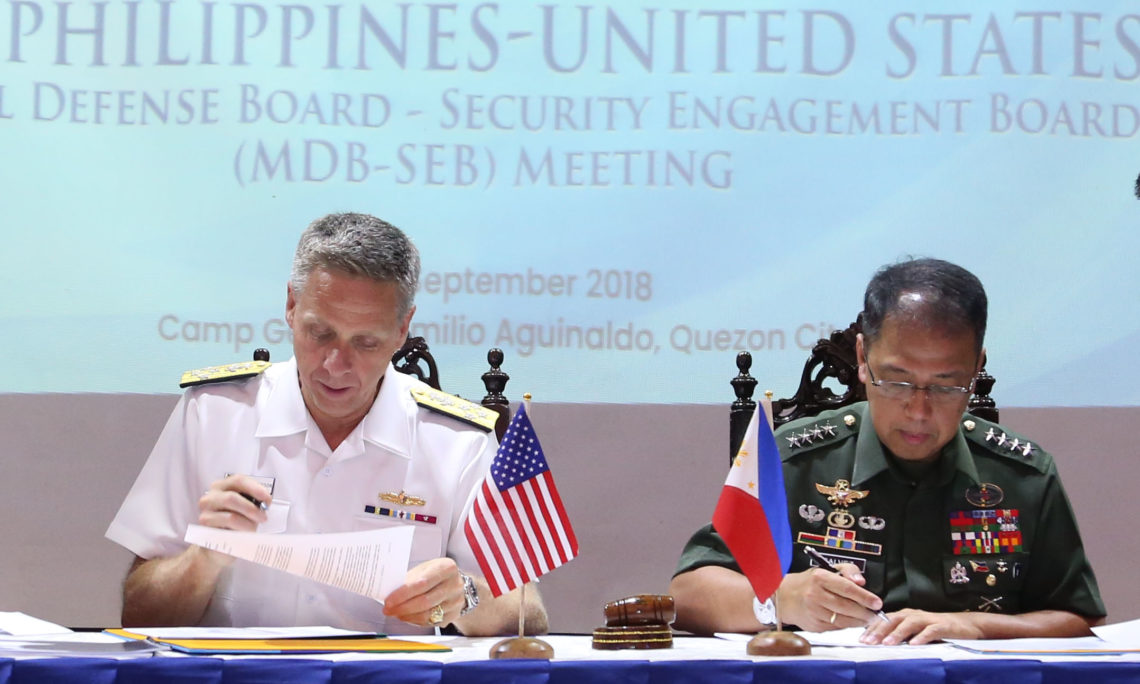 Manila, September 28, 2018 — Admiral Philip Davidson, Commander of the U.S. Indo-Pacific Command, and General Carlito Galvez, Chief of Staff of the Armed Forces of the Philippines, led the 2018 Mutual Defense Board and Security Engagement Board (MDB-SEB) at Camp Aguinaldo, Quezon City, on September 27.

Admiral Davidson and Gen. Galvez’s meeting resulted in the successful completion of the MDB-SEB, ensuring continued, robust relations between the U.S. and Philippine militaries.  The U.S. and Philippines agreed on 281 security cooperation activities for 2019, an increase over 2018.

Both the U.S. and the Philippines look forward to ongoing, close cooperation in areas central to our national and security interests, including counterterrorism, maritime security, cyber security, humanitarian assistance and disaster relief, and many others.