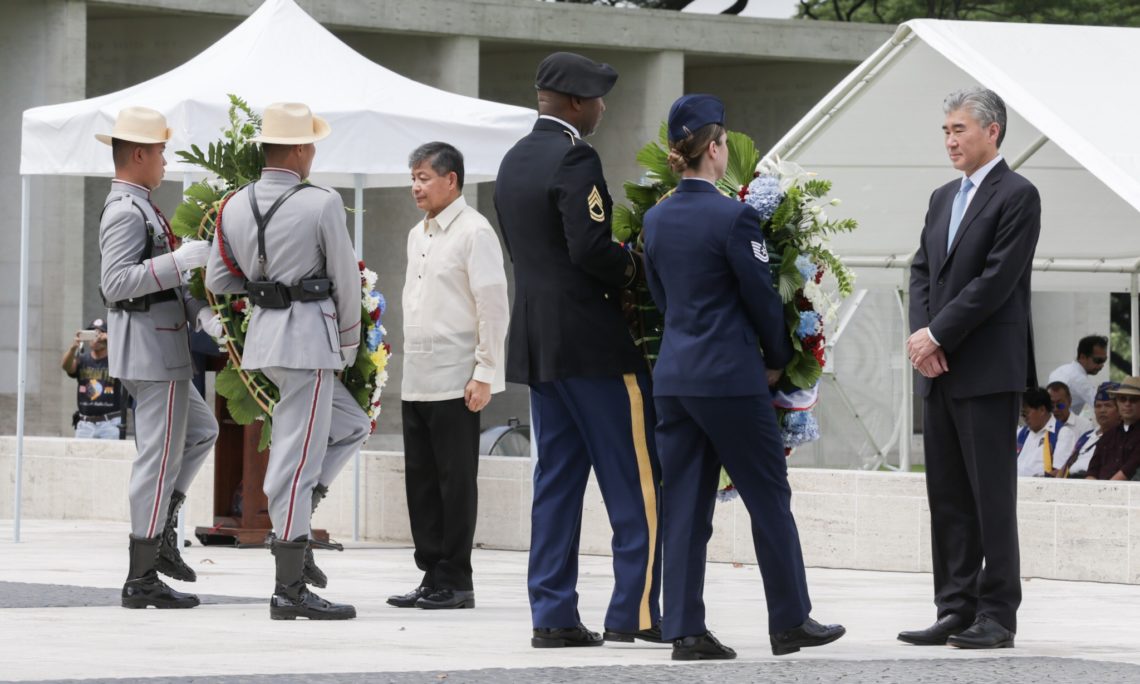 Veterans Day is an American holiday that originates with the formal end of hostilities of World War I with the signing of the Armistice at the 11th hour of the 11th day of the 11th month of 1918. It has since become a day to honor all veterans who served the United States.

Veterans of both the United States and Philippine militaries attended the event, along with representatives from the U.S. Embassy, the Government of the Philippines, the Armed Forces of the Philippines, and other invited guests.  The commemoration included a ceremonial color guard, a wreath-laying, a 21-gun salute, taps, as well as remarks from Ambassador Kim and Undersecretary Ernesto G. Carolina, Administrator of the Philippine Veterans Affairs Office.

Speaking to the assembled audience, Ambassador Kim emphasized the immense debt of gratitude owed to both U.S. and Filipino service members for their sacrifices made in defense of freedom.

U.S. Veterans Affairs (VA) Manila was a co-sponsor of the ceremony.  For 95 years, the VA has had a presence in Manila.  As the only VA office located outside of the United States, VA Manila is a testament to the close historical ties between the two countries.  As an integral part of the U.S. Mission to the Philippines, VA Manila partners with its Philippine counterparts and veterans service organizations to ensure the delivery of medical care and benefits in recognition of the contributions of veterans in defense of both countries.