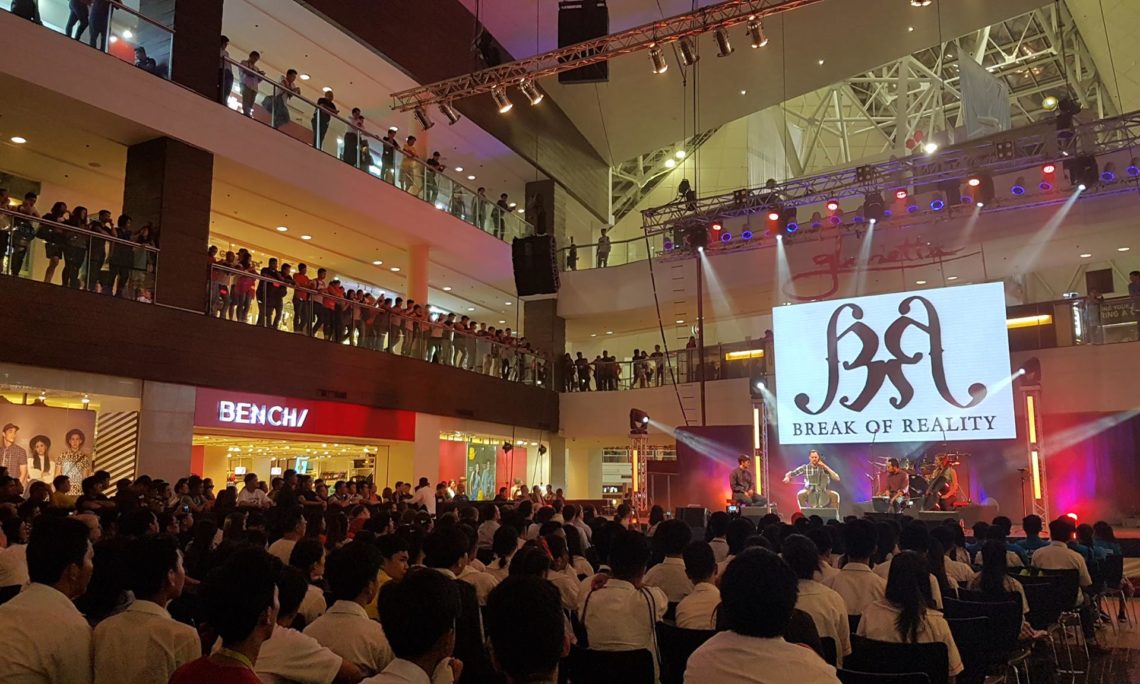 Break of Reality draws a large crowd at their free public concert at Glorietta Mall, Makati.

The American cello rock band Break of Reality, in partnership with the U.S. Embassy in the Philippines, conducted a series of free music workshops and public performances in Zambales and Manila from January 28 to February 4.

In the Philippines as part of the U.S. Department of State’s American Music Abroad Program, the group conducted workshops, master classes, and outreach programs at the University of the Philippines’ College of Music, the University of Santo Tomas’ Conservatory in Manila, and Casa San Miguel in Zambales.  Joined by U.S. Ambassador Sung Kim, the group also visited the Children’s Ward of the Philippine General Hospital, where they performed and distributed gifts.  Break of Reality also held two free public concerts at Casa San Miguel in Zambales and at Glorietta Mall in Makati.

Formed in 2003 at the prestigious Eastman School of Music in Rochester, New York, Break of Reality’s signature cello rock sound has bridged the gap between classical, rock and world music listeners.  The group is regarded as one of the world’s premiere alt-classical chamber ensembles and is dedicated to educational initiatives through music.

For further information about the band, visit: