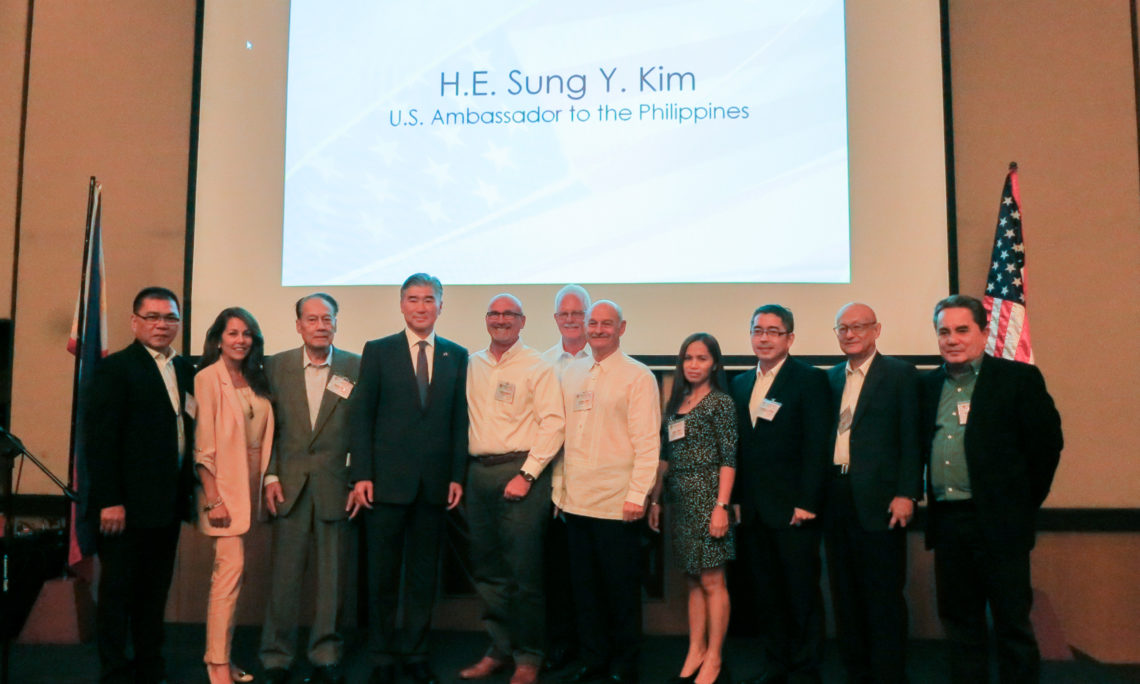 Ambassador Sung Kim delivered a message at the general membership meeting of the American Chamber of Commerce – Cebu during his first visit to the province July 12 to 13, 2017.

Cebu City, July 14, 2017 — During his trip to Cebu this week, Ambassador Sung Kim met with Governor Hilario Davide III and Cebu City Mayor Tomas Osmeña to discuss the robust economic ties between the U.S. and the Philippines and as well as opportunities for further U.S. engagement in Cebu, both in the public and private sectors.

To recognize the vibrant American business community in Cebu, Ambassador Kim delivered remarks at the general membership meeting of the American Chamber of Commerce – Cebu, emphasizing that the U.S. will continue to expand bilateral trade and investment ties in the Philippines.

“I want to assure you that the United States will continue to partner with the Philippines and look for ways to increase foreign investment, reduce trade barriers, and streamline business regulations,” Ambassador Kim said, noting that the U.S. government is continuously working with Philippine government officials in an effort to advocate for a level playing field for businesses.  He also attended an event hosted by American company 3M that facilitated discussion on industry trends and showcased cutting-edge technology in the infrastructure sector, the food sector, and the hospital sector to the Visayan market.

During his trip, the Ambassador visited the Cebu Consular Agency, which is a key part of the Embassy’s American Citizen Services efforts.  Cebu and the Central Visayas region are home to a large resident U.S. citizen population, as well as host to thousands of U.S. citizen visitors each year.

Ambassador Kim also met with three Counter-Trafficking in Persons grantees of the United States Agency for International Development through the Philippine-American Fund, who have received about Php43 million in grants to support the prosecution and prevention of sex trafficking.  Two of these grantees operate in Metro Cebu, while the third one serves in Northern Iloilo.  Ambassador Kim witnessed the signing of nine-month extensions of each grant, providing additional funding of approximately Php7.6 million for each project to focus on work that bolsters sustainability of the activities on prevention, protection and prosecution.