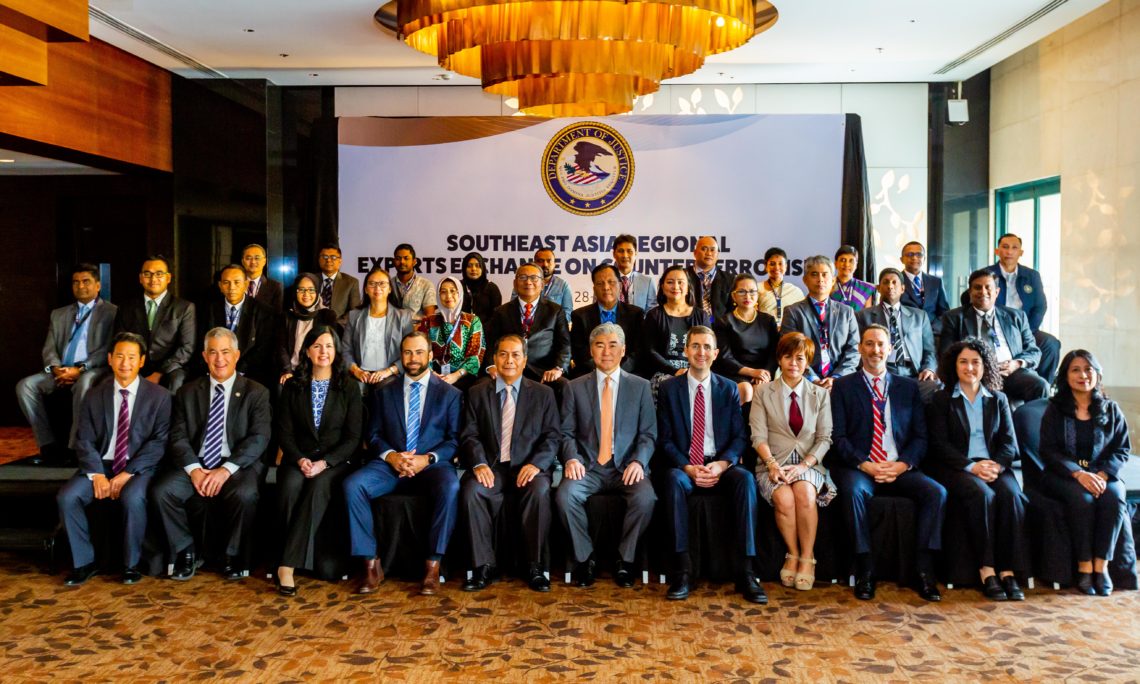 Cebu City, January 30, 2020 — The U.S. Embassy in the Philippines Department of Justice Office of Prosecutorial Development, Assistance, and Training hosted a three-day regional counterterrorism conference in Cebu City from January 28 to 30.  The South East Asia Regional Experts Exchange (SEAREE) was attended by 34 prosecutors and investigators from the Philippines, Indonesia, Sri Lanka, the Maldives, Bangladesh, and the United States, who met to increase regional cooperation and share best practices in investigating and prosecuting terrorism cases.

U.S. Ambassador to the Philippines Sung Kim, a former prosecutor himself, opened the conference noting, “When we cooperate to stop terrorists from traveling, from gaining audiences on social media, and we prosecute the flow of terrorist financing, we cripple terrorist operations without a shot being fired…it is critical that law enforcement entities embrace new investigative tools and cooperate across national borders.”

The practitioners, including U.S. experts from the Federal Bureau of Investigation and Department of Justice, discussed the use of digital forensics in terrorism cases and social media’s role in terrorism financing.

SEAREE participant Avanti Perera, Senior State Counsel from Sri Lanka, said the conference was “a great opportunity to share common issues [regarding] terrorism in the region and learn from each other about how to collaborate to effectively counter terrorism.”

In closing remarks, Philippine Prosecutor General Benedicto Malcontento stressed that, “To win a battle against terrorists in the Philippines, it is crucial to have effective collaboration among all stakeholders, including the community, law enforcement, the prosecution, and the judiciary.  But to win the war against terrorism itself, mutual aid, information-sharing, and partnership among all regional nations are imperative.”