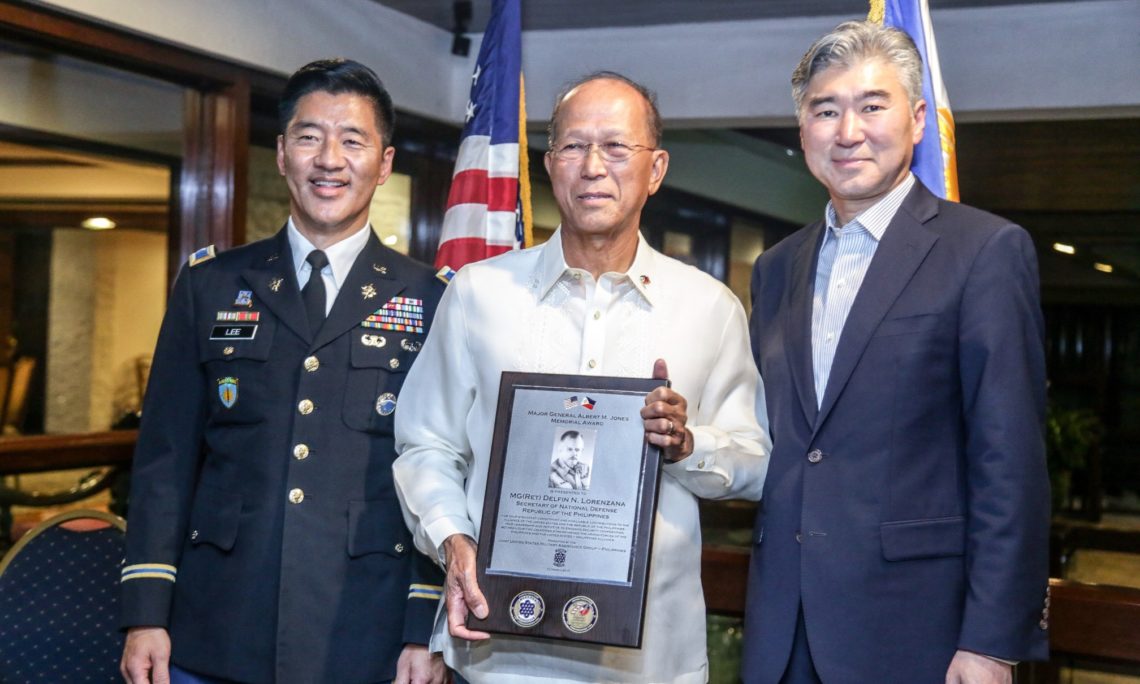 Manila, March 16, 2017 — U.S. Ambassador to the Philippines Sung Y. Kim awarded the inaugural Major General Albert Jones Memorial Award to Secretary of National Defense Delfin N. Lorenzana for his steadfast commitment and invaluable contributions to the alliance of the U.S. and the Republic of the Philippines.  The ceremony took place during the Joint U.S. Military Assistance Group’s (JUSMAG) 70th anniversary celebration hosted at the U.S. Chief of Mission residence.

The Major General Albert Jones Memorial Award recognizes a U.S. or Philippine government official who has made significant contributions to the bilateral defense partnership.  General Jones first commanded the 51st Division of the Philippine Army in 1940, and then commanded the 1st Philippine Corps until his capture at Bataan in 1942.  Of the 76,000 Philippine and American soldiers, Jones was the only general officer on the infamous death march.  He was held as a P.O.W. for over two years, and was among the many who endured torture and starvation.  In testament to his grit, tenacity, and courage, Jones returned to the Philippines in 1946 to lead the U.S. military advisory mission in Manila, which evolved into JUSMAG a year later.