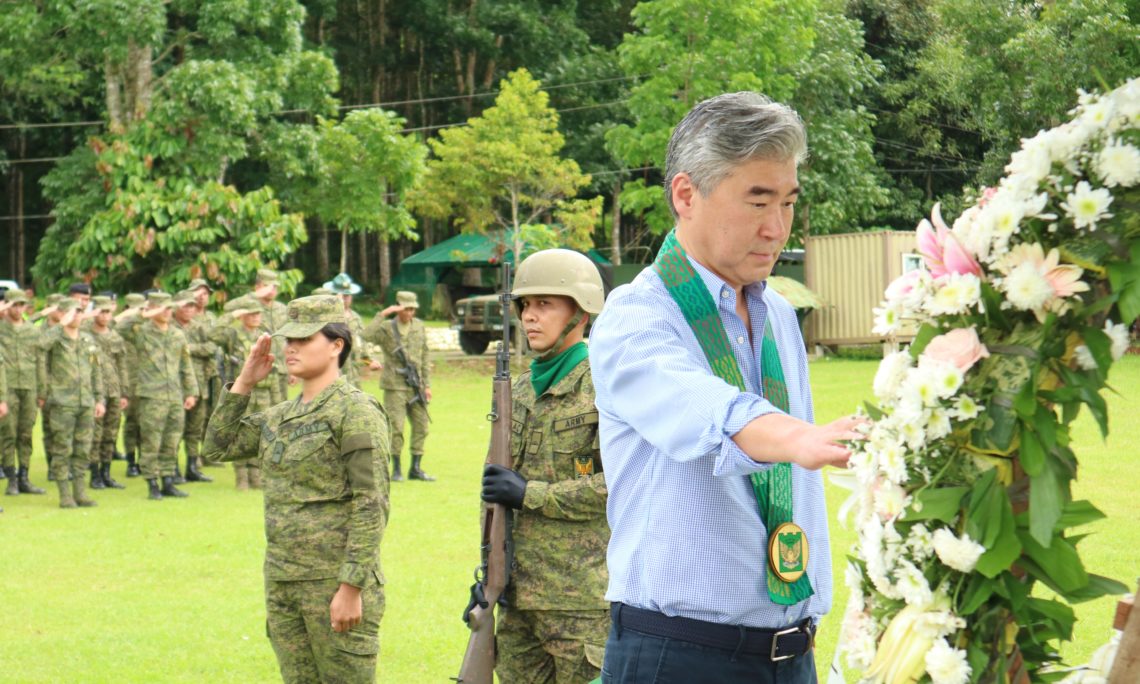 Ambassador Kim laid a wreath at a memorial for soldiers killed in action during the Marawi Siege.

In a press conference announcing the additional USAID assistance at Amai Pakpak Elementary School, Ambassador Kim said, “The U.S. government shares the concern of the Philippine government for ongoing economic, social, health, and education needs of the people of Marawi and neighboring municipalities.”

Through the Marawi Response Project, the U.S. government will expand livelihood activities and help restart local businesses in and around Marawi.  The project will offer micro grants to displaced and host communities to help address short-term needs, support employment readiness among youth, and help link youth to Mindanao’s thriving services sector and supply chains.

The U.S. government has been a key partner of the Philippine government in the stabilization and recovery of Marawi and surrounding areas.  The Marawi Response Project brings the total USAID funding commitment to the Marawi response to nearly Php3.2 billion ($59.1 million).  The new Marawi Response Project will help build the foundation for the longer-term recovery of displaced communities.  “As the situation evolves, so does the nature of our response to the crisis,” said Ambassador Kim.

While in Marawi, Ambassador Kim also announced the launch of the Empowering Madrasa Educator 2 program, valued at Php12.7 million ($235,000).  This second iteration of the U.S. Embassy’s successful Empowering Madrasa Educator program will provide intensive long-term training to 175 madrasa educators and 25 madrasa administrators from Marawi, Lanao del Sur, and other Mindanao communities.  Through the program, madrasa educators will improve their English proficiency and computer literacy, as well as learn student-centered teaching methods emphasizing critical thinking and creativity.  This effort, along with the U.S. Embassy’s training for Mindanaoan public school teachers through American English workshops and online courses, will help educators in Mindanao improve their students’ educational and economic opportunities by enhancing the quality of instruction.